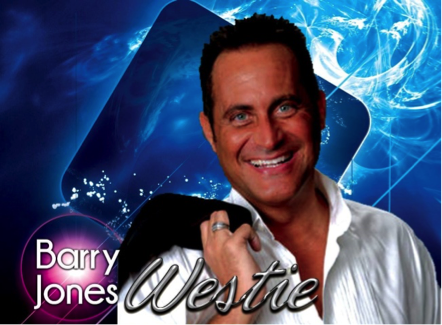 5 time US Open Champion Barry Jones has been involved with the swing dance community as a competitor, teacher, mentor and judge since 1980. He has been very influential in the development of multiple swing dance communities, most notably Tulsa (OK), Chicago (IL), Minneapolis (MN) and Dallas (TX).

First recipient of the Dallas DANCE Hall of Fame award

Fun Fact:
“Barry discovered his love for dance when he was 5 years old, dancing to “Raindrops Keep Falling on My Head”

Barry Jones found his passion for dance at age 5 when performing to “Raindrops Keep Falling on My Head” at a school talent show. He learned ballet, tap, jazz and modern dance before discovering West Coast Swing. When Barry turned 21, he earned a spot on Merv Griffin’s Dance Fever. Following that success, he won a scholarship to the University of Oklahoma.

Barry Jones was an extremely successful WCS competitor. Highlights include the following:

Barry provided an instrumental role in growing multiple swing dance communities, especially in the South and Midwest. In 1996, he created the first National Rising Star in Dallas, TX. He founded and ran the Annual Halloween Masquerade Ball in Minnesota in 1997 and 1998. In 1997, Barry became Chicago Rebels’ Club instructor, choreographer and team coach. Barry also taught classes for teachers and certified instructors in the Midwest – with the Chicago Rebels, Twin City Rebels, and Swing Tulsa Style. Familiar with other styles of swing, he helped Swing Tulsa Style update their push style to WCS.

Barry taught swing dance classes at Lake Highlands High School (Dallas) and choreographed routines for The Wranglers, their team of 50 young adults. He has coached and mentored many students, young adults, and swing dance teams throughout his career.

With his partner Johnny Siharath, Barry co-founded two successful events: the VIP and Westie Awards, a one time event in Burbank (CA), and The Challenge, in its fifth year in Dallas. Barry continues to promote WCS in Texas, bringing in top professionals from throughout the US and the world.

Barry is a well-respected judge, locally, nationally and internationally. His expertise and experience in all facets of the dance bring a unique value, versatility, and knowledge. He has judged at the US Open for many years, and was recently Chief Judge at Sweden’s Westie Fest and Moscow’s Westie Fest.

Barry is known for his infectious energy and positive attitude towards everyone. His love for this dance extends to all of the members of its community worldwide, and is especially evident through his loyalty and dedication to the southern region.

“I count my blessings that the community as a whole has allowed me the chance to express my passion for dance throughout the last 26 years.

I hope every promoter, workshop participant, student, and, most importantly, dance partner that I have been involved with knows how much joy you have brought into my life. I never took that for granted. People always ask me, “How did you stay in the competition side of it for so long?” That was easy to answer, “I didn’t have to win 1st all of the time!” The joy of the audience clapping and screaming for you when Kenny (Wetzel) called your name and when the music stopped was good enough for me. As a competitor, you truly feel the love of the audience.

Out of all of the awards that I have received throughout the years, the one accomplishment that means the most to me is when I’ve worked with novice dancers and young adults. No award could replace that feeling when they do a good job, and when they become leaders.”