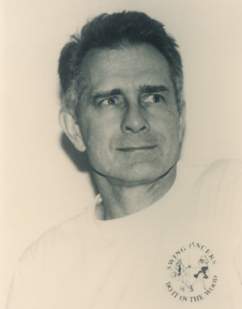 Craig Hutchinson taught social, exhibition, and competitive dancing for over 38 years (from 1964 to 2002). He first taught Ballroom and Night Club, then began teaching all styles of Swing – Lindy Hop, Jitterbug, Swing (West Coast, East Coast, Supreme, Push, Whip, and Imperial styles), Rock-n-Roll, Carolina Shag, and St. Louis Shag, plus Hustle in 1964. He taught Swing to U.S. servicemen in Germany, South Vietnam, Australia, Japan, and Taiwan. The pinnacle of the many years he taught Swing in the U.S. was in 1985 and 1986, when his students won four first place titles in Swing and Hustle at the Grand National Championship.

Craig was a retired Lieutenant Colonel from the U.S. Army Corps of Engineers, holding a Mineral Engineer-Mathematics degree from the Colorado School of Mines and a MA degree in Mathematics from the University of Arizona. He formed the United States Military Academy Swing Dance Club at West Point, NY in 1975 and wrote a West Coast Swing Syllabus for its use. He authored Swing Dancer, a Swing Dancers Manual and wrote over 30 articles on Swing dancing. He was also the editor of the Swing Dancer Newsletter.