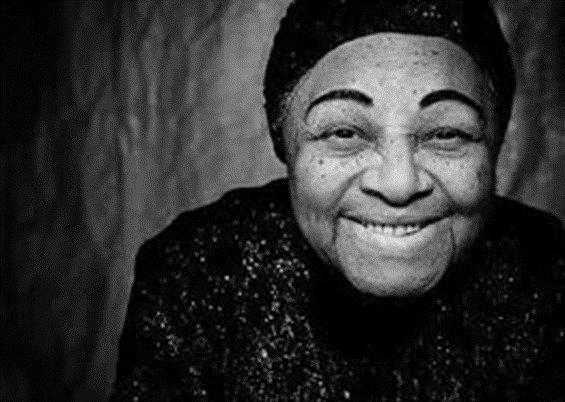 Dawn was born into a musical (instrumental and vocal) family and performed with the family band and vaudeville act, beginning at age 3.

Along with other members of the Hampton family, she was a recipient of the State of Indiana’s Governor Arts Award (1991) and honored at the Indy Jazz Fest (2000) in Indianapolis.

Fun Fact:
At a young age, Dawn wanted to be a ballet dancer, but then she found out that ballet does not swing!

Dawn was born into a musical (instrumental and vocal) family and performed with the family band and vaudeville act, beginning at age 3. The family traveled the Midwest, as part of a carnival act. In addition to dancing and presenting comedy skits, the band performed a variety of musical genres. In 1938, after an unsuccessful trip to California to find work in the Hollywood film industry, the family relocated to Indianapolis, Indiana, where the Hamptons continued to tour and perform in local clubs.

At a young age, Dawn wanted to be a ballet dancer, but then she found out that ballet does not swing!

During World War II, when the family band when on Dawn founded a short-lived quartet with her sisters called The Hamptonians, and later performed as The Hampton Sisters, while their older brother, “Duke,” formed a jazz band. After the war, she played alto and tenor saxophones with the Duke Hampton Orchestra. She also sang and danced while touring with the group in the Midwest and the South. Duke Hampton’s band also played at the Cotton Club and the Sunset Terrace on Indiana Avenue, the center of Indianapolis’s jazz scene and the entertainment hub of the city’s black community, as well as other venues in town. The fourteen-piece group included the nine surviving Hampton siblings. Dawn was also a member of the group when it later became the house band at the Cotton Club in Cincinnati, Ohio.

In May 1952, Dawn and her siblings performed in concert at New York City’s Carnegie Hall as one of the winners in a Pittsburgh Courier popularity poll of its readers on the same bill as the Lionel Hampton band, the Nat King Cole Trio, and singer Billy Eckstein. Shortly thereafter, she appeared with her brother’s band when it returned to New York City to perform at Harlem’s Apollo Theater and the Savoy Ballroom. While performing as The Hampton Sisters, she and her sisters signed a recording contract in 1954. Their first 78 rpm recording was “Hey Little Boy,” a fast-tempo tune, and “My Heat Tells Me,” a love ballad.[19]

In 1958 Hampton moved to New York City to pursue a solo career as a songwriter and cabaret singer, and she became a singer/songwriter and dancer, which included off-Broadway theatre performances and swing dancing in Hollywood films. In the early 1960s Hampton was contracted as a house singer at the Lion’s Den nightclub. In 1964 she nearly lost the use of her voice due to some damage to her vocal chords, but recovered. Hampton wrote and recorded her signature song, “Life Is What You Make It,” also the title song of her CD, in response to the ordeal.

During the 1970s and 1980s Hampton continued her career as a cabaret performer in the New York City area. In 1972 she performed at theContinental Bathswith artists such asCab Calloway, Bette Midler, and Barry Manilow. In 1989 she collaborated with Mark Nadler to write music and lyrics for Red Light, a honky-tonk mini-opera that received a Manhattan Association of Cabarets (MAC) award in 1990. Hampton and Nadler also collaborated on An Evening with Dawn Hampton. The show enjoyed an extended run at Don’t Tell Mama, a West 46th Street music venue.

In 1990 Hampton collaborated on music and lyrics for the play, Madame C. J. Walker. In 1992, along with Frankie Manning and Sonny Allen, she appeared as a dancer in the Lindy Hop swing dance scene in Spike Lee’s movie, Malcolm X.

In the 2000s, during a time of renewed interest in swing dancing, Hampton continued to perform as a dancer and teacher. Her smooth style and theatrical presence brought her international acclaim.

She taught dance workshops all over the world, including at the Herräng Dance Camp in Herräng, Sweden.

She also appeared in The Unforgettable Hampton Family (2011), a PBS documentary film about the lives of her musical family members. In addition, Hampton was a member of the cast of Alive and Kicking (2016), a documentary about swing dancing.

Along with other members of the musical Hamptons, she was a recipient of the State of Indiana’s Governor Arts Award (1991) and honored at the Indy Jazz Fest (2000) in Indianapolis, Indiana.

Until her recent death, when not an honored guest at swing and Lindy Hop events around the world, Dawn could be found in New York City dancing and listening to some of the best swing bands around. It has been noted, “To watch Dawn dancing heightens the experience of merely listening to jazz and reunites the relationship between music and dance”. 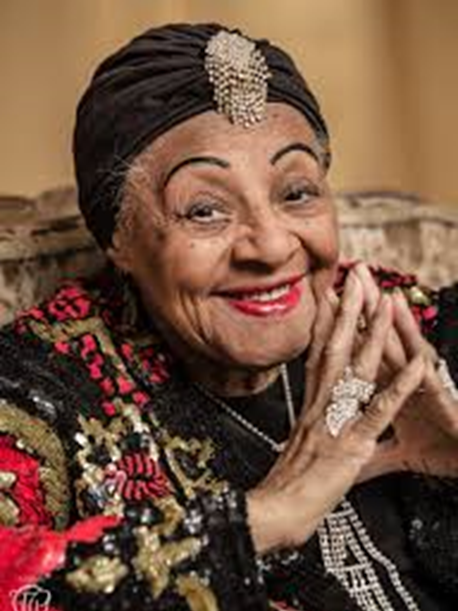 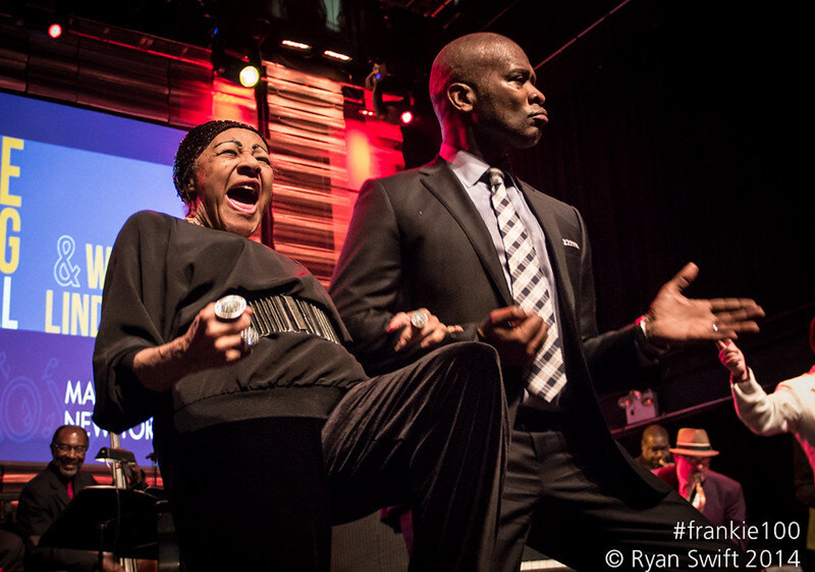 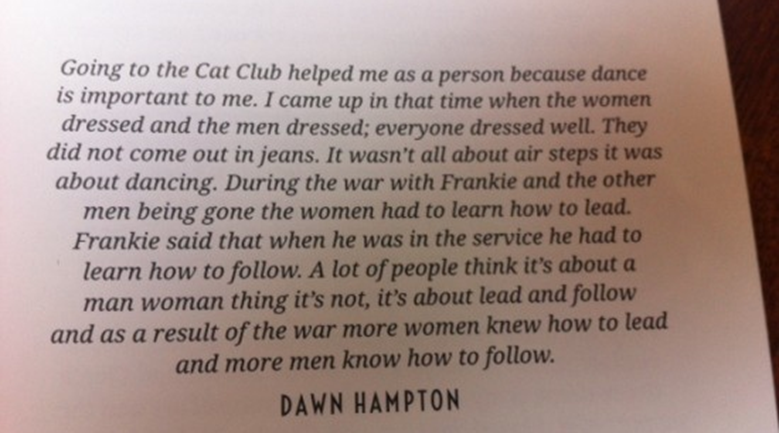