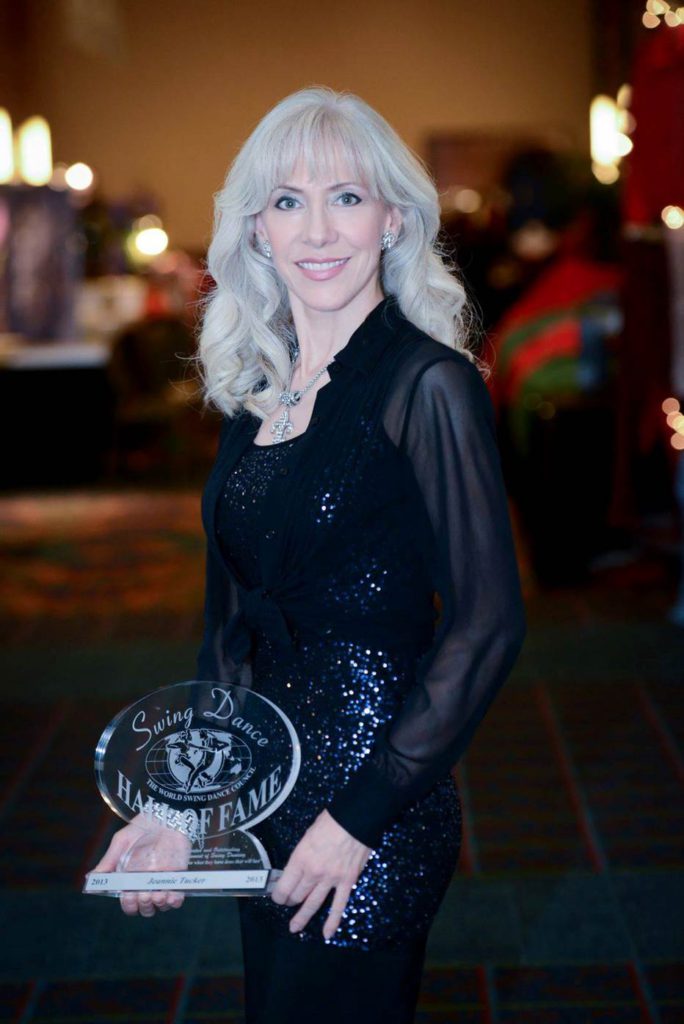 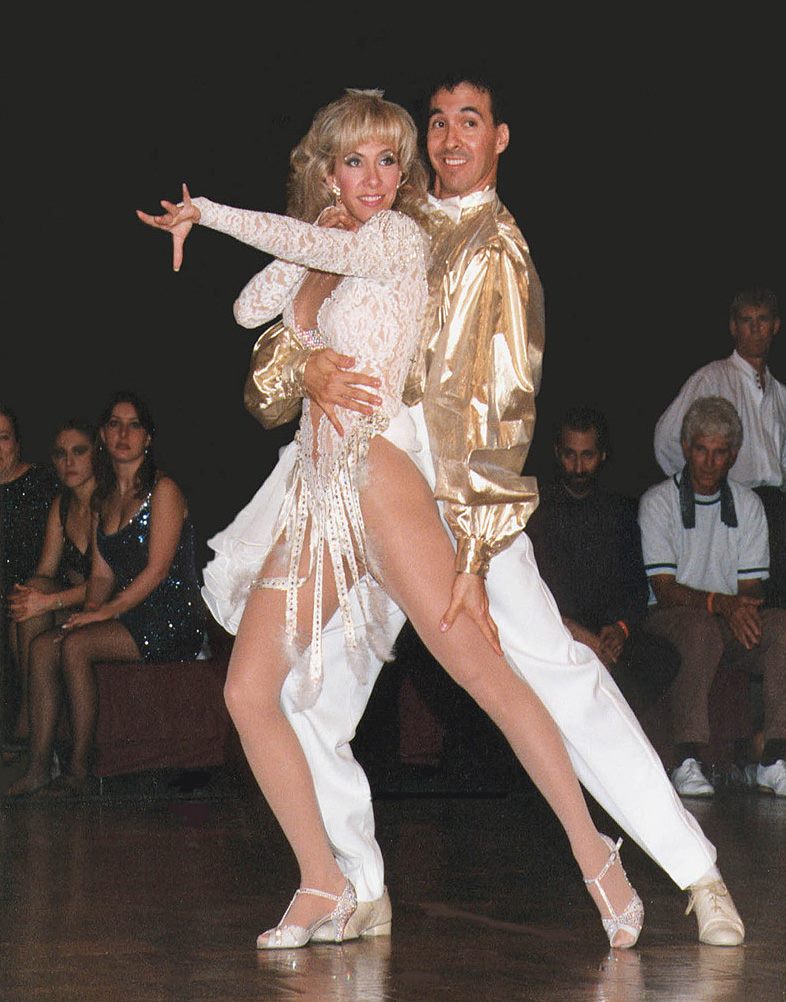 Jeannie Tucker was born a performer, joining the Screen Actors Guild at 3 and working in movies, TV and stage throughout her career. She is an expert in all forms of dance and body movement, and started her competitive dance career in country western before moving to WCS.

Author of articles on dance for Examiner online

Jeannie Tucker began performing almost as soon as she could walk, becoming a member of the Screen Actors Guild at 3½ as a professional actress and dance performer. She trained extensively in many forms of dance, including swing, jazz, ballet, tap, theatre arts, ballroom, country, Flamenco, Arabic belly dancing and others.

Jeannie competed on the country western dance circuit in all dances, including swing. When she moved to Los Angeles in the 1980s, she joined the national WCS competitive circuit, with multiple top five placements in Champion / Invitational J&J, Strictly Swing, and Classic / Showcase divisions. She also works as a judge, instructor, and coach in body mechanics and movement.

Jeannie is a strong proponent on the marriage of live music and dancers. She was event owner and director for “Smooth Swing’ Sunday Dances,” a monthly 18-piece orchestra swing dance event for years in the early 2000s, and event owner and director for “Stompin’ at the Savoy,” a monthly event with various bands and performers in the mid 2000s. She also taught salsa and other Latin dances at El Parador Restaurant & Cantina, Tucson’s oldest salsa club, again with a live band. Jeannie also performed at many public events for charity and to promote WCS to the public.

For over 30 years, Jeannie has continued to teach and promote dance and movement. Along with running dance nights at local clubs and nightclubs, she was dance coach for the Cactus Moon Café for 13 years. She taught dance on Alaskan and Mexican Riviera cruises and led judges’ training workshops. She organized the Tucson Social Dance Meetup Group, with over 500 members, bringing local musicians and dancers together. She serves as a swing dance educator and has written about dance for the Examiner online. Throughout her dance career, she continued to model, act, and perform (see Other section below).

Jeannie has been a Screen Actors Guild performer for over 40 years, from movies and TV to stage performances and off-Broadway productions. She performed as a star entertainer on cruise ships when she was only 4 years old; worked as a model; was principal actor in over 10 national TV commercials (First Chiropractic, Mitsubishi, Toyota, GM, BULL’S-EYE Barbecue Sauce); had a role on the TV soap opera Santa Barbara and Stephen King made-for-TV movie Desperation. In the 1980s, she also choreographed and starred in aerobics reviews (shows) and founded Active Now Sportswear. In the 1990s, she made public appearances as a “live” Barbie Doll.

Jeannie is a keynote speaker and workshop instructor on self-empowerment, focused discipline, self-esteem modification, and improved health and fitness through proper body mechanics. She has taught at the Arizona School for the Deaf and Blind, Pima Community College, and University of Arizona, and spoken at the Pima County Fair, various radio and television stations, Jewish Community Center, and various elder care homes, among others. 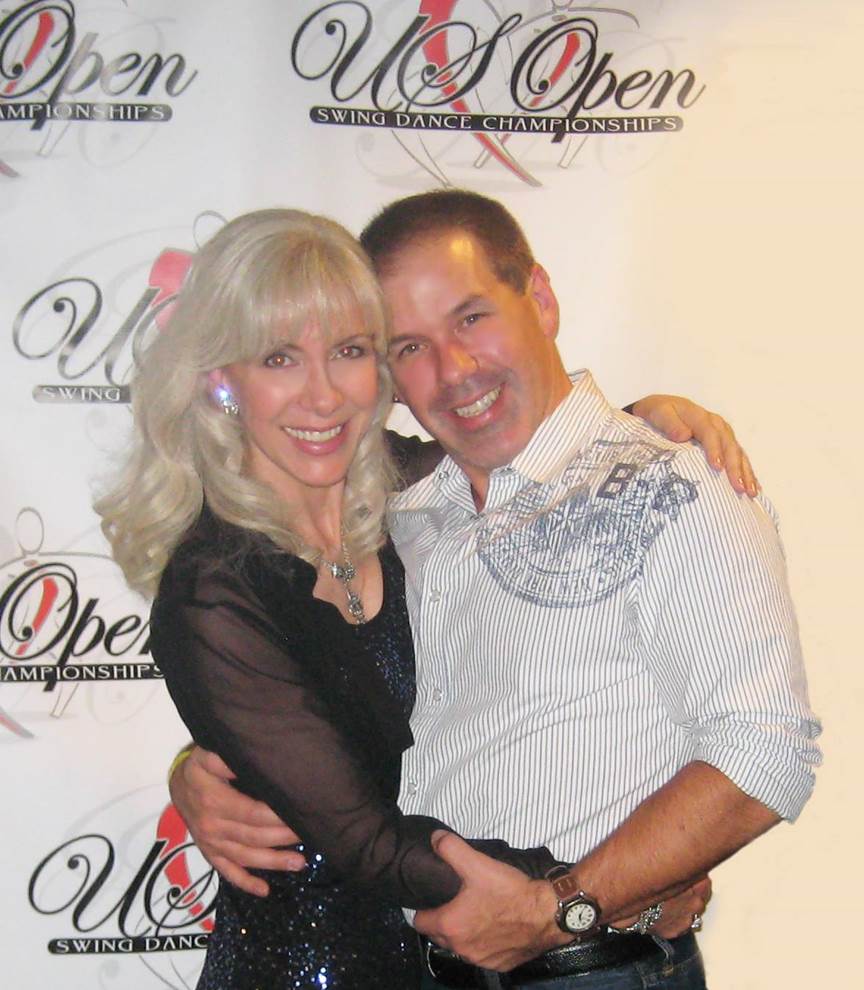 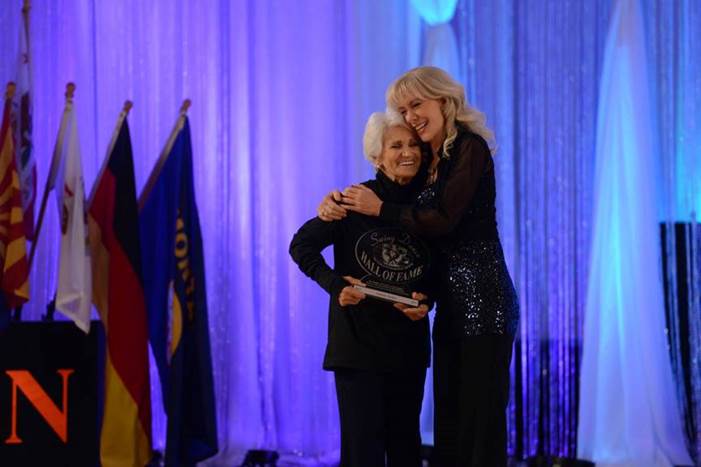