Martin opened a studio in 1988 with a five-year following of students and various dances and is proud to be operating for 27 years, and has held a 3rd-Saturday-Of-The-Month dance for all those years!

Martin has competed and performed in West Coast Swing and The Lindy Style of Dean Collins (aka Hollywood Swing). He competed in Swing dancing for the first time at the very first US Open Swing Dance Championships in 1983 and competed there through 2007, with a multitude of Top Five placements. He won TV’s “Dance Fever 1984” and has entertained the Olympic athletes in 1984 and is a winner of multiple Jack & Jill and Strictly Swing contests. He was a member of the World Swing Dance Cup performance and competition dance team, which placed 3rd at the US Open and 1st place in Honolulu. He is a winner of a KSLA (radio) Dance Competition and is a 2nd place winner of Hollywood Dance Championship’s “Lindy-Against- Break-Dancing”.

He is an award recipient and inductee into the California Swing Dance Hall of Fame. He has twelve ‘Top Teacher” awards.

Martin has been teaching Lindy and West Coast Swing (mostly) since 1981. He helped organize several nights of West Coast Swing at the infamous ‘Press Box” for 12 years and was instrumental for Kenny Wetzel creating his popular Friday night dance there; and he has DJ’d for swing at various clubs on several occasions, hosting classes and contests.

He opened a studio in 1988 with a five-year following of students and various dances and is proud to be operating for 27 years, and has held a 3rd-Saturday-Of-The-Month dance for all those years! He also has a 1st Saturday dance and a weekly Tuesday night dance. He continues to teach swing with six classes a week and private lessons and teaches West Coast Swing at Chapman College. While semi-retired from competing, he is still active teaching dance, coaching, dancing, judging and playing music for several West Coast Swing dance parties and weekly socials.

Martin has judged extensively at many events around the country for many years. He’s traveled to Auckland, NZ, and Melbourne and Sidney, Australia to teach. 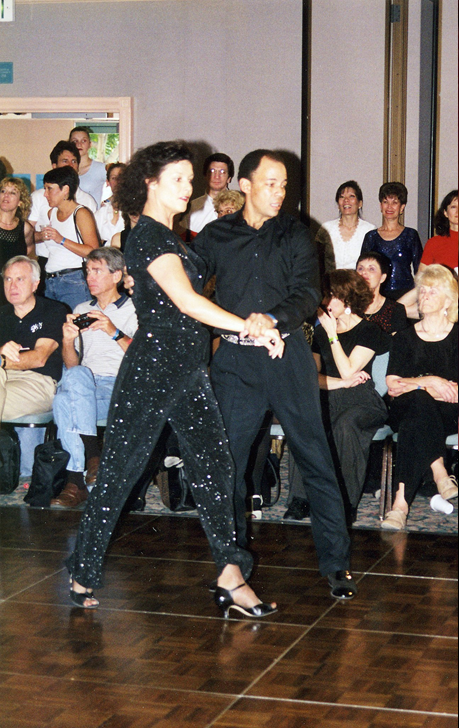