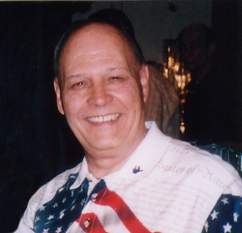 Robert Bryant was involved in swing for over 40 years, from dancer and competitor to teacher, coach and choreographer to organizer and dance theorist.

For 11 years, did not lose a contest while competing at all of the National Swing Dance Conventions

Fun Fact:
Robert Bryant was quoted as saying “Swing is in vogue almost everywhere” in a New York Times article, Dec 1990, which talked about the renaissance of swing.

Robert Bryant has been a Swing dance enthusiast for over forty years. He established the United States Swing Dance Council and helped establish West Coast Swing as the State Dance of California. He and others are responsible for bringing the East and West Coasts together. He is one of the ten founders of the Greater Phoenix Swing Dance Club and the 4th of July Convention in Phoenix. Since that time, he has helped many clubs and conventions get their start. Robert’s efforts to promote Swing have been honored by Michigan, Seattle, Phoenix, Denver, Texas, California, Missouri, Oklahoma, and numerous other Swing organizations.

Teacher, adjudicator, coach, choreographer, and dance theorist for three decades, Robert Bryant has helped many Swing and National Ballroom dancers improve their dancing. He has conducted seminars on teaching and judging. He received teaching certifications from the National Council Dance Teach Organization “NCDTO” (now called The National Dance Council of America, “NDCD”), Terpsichore Association “USTA”, the Golden State Dance Teacher Association “GSDTA”, and many more. His certification of instruction is at all levels of American dances and a few International dances, but he specializes in West Coast Swing and Latin dances.