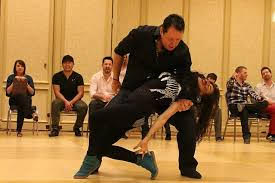 Robert Cordoba converted from a teenage International Latin champion to WCS champion, winning Classic and Showcase divisions over a ten-year span with multiple dance partners. He continues to teach, judge, MC and DJ WCS nationally and globally, sharing his love of social dancing.

Personal Statement:
“I’m lucky enough to have danced at the two ‘Meccas’ of west coast swing, the Pressbox in Westminster, CA and the North River Bar in New York City. I’m also thankful, grateful and appreciative for those who danced with me and also inspired me when I was starting out – the ‘big dogs’ back then, when everyone used to dance for the pure enjoyment and passion, not just points!  It is because of you that I still dance with everyone and repay that graciousness.”

Robert Cordoba began competing as a teenager in International Latin (including Jive) in 1980. He was a member of two US International Latin American formation teams, winning a Bronze Medal at the World Ballroom Formation Team Championships (Germany) in 1984. Robert also performed a Jive / east coast swing routine on the original Dance Fever, winning two rounds and finishing third in the grand finale.

Robert joined his first WCS swing team under Phil Adams (2012 WSDC Hall of Fame inductee) in 1986, and switched full-time to WCS in 1990. At the US Open, he placed 2nd in his first contest in 1990; won three consecutive Classic titles in 1992, 1993, and 1994; won two Showcase titles in 1999 and 2000; and win twice in the Sophisticated Division in 2007 and 2008. With multiple partners (Keldee B (Bjerkness), Melanie Roberts, Deborah Szekely), Robert has won either Classic or Showcase at every major swing dance competition, including four wins at USA Grand National Dance Championships. He won four consecutive NASDE tour Overall Championships (with Deborah Szekely) from 1998-2001.

Robert also teaches, judges (including chief judge at various conventions), MCs and DJs nationally and throughout the world. He was co-director of either “Swing Jams,” a three day convention held in Los Angeles in the late 1980s.

Robert has taught high school kids in Alhambra, CA and New York City, NY, in after school programs where swing was taught.

Robert has contributed to the spread of WCS globally. He started teaching WCS in the UK in 1994 and was one of the first to introduce WCS in the South Pacific in 2000. He helped WCS expand in England, Scotland, Holland, New Zealand, Australia and Mexico and was involved in the formation of the Swing Dance Down Under club in Sydney (Australia). He was the first non-Ceroc certified dance teacher to ever teach WCS at a Ceroc venue (a form of swing from which 80% of west coast swing dancers in the UK, Australia and New Zealand have crossed over). 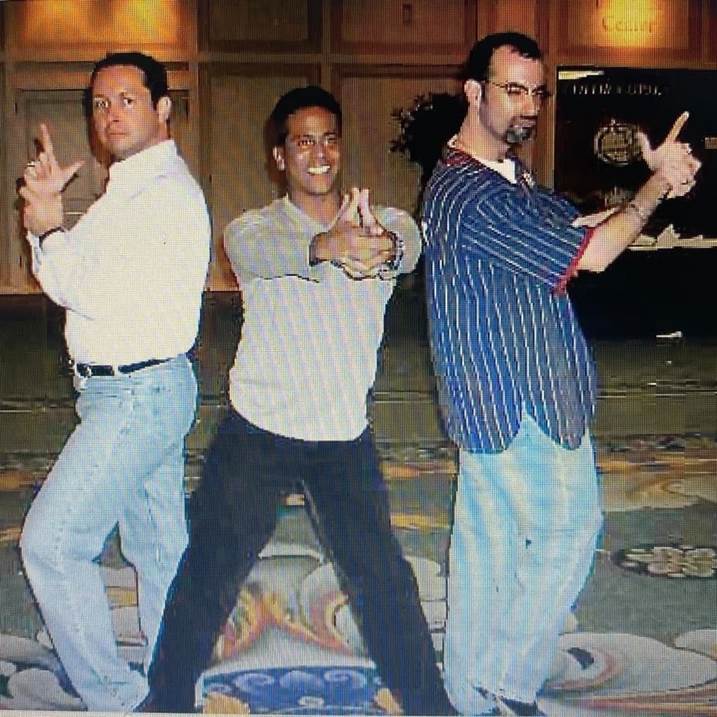 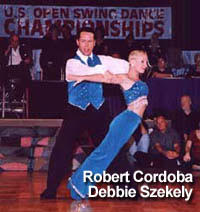