To inspire swing dancing around the world and guide events in creating the ideal environment to promote community growth.

WSDC is non-profit organization focused on promoting and growing swing dance, by 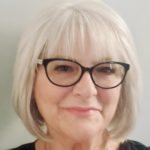 President
Yvonne has been dancing, teaching and judging since the 1990s. She has served as a chief judge and judge at many events on the NASDE circuit and continues to stay active in the Chicago dance community. Yvonne also has experience as an organizer and an event director. She was a key member in a group which started the first WCS dance club, the Chicago Rebels, in Chicago. As a member of the Chicago Rebels she was then instrumental in organizing and creating the Chicago Classic, the first WCS dance convention in the city and one of the original national events to join NASDE. Besides Jack and Jill, Yvonne and her late husband Jim competed on a team that placed at the US Open. Yvonne is currently a full time real estate agent. Yvonne started her career in real estate simultaneously with her dancing career, 20 years ago. Over the years, Yvonne has been a top producer in the Chicago area and during the peak of real estate she was in the top 1% of agents in Chicago. Prior to Yvonne’s career in real estate she was instrumental in the start-up of a highly successful strategic planning firm (McMillan/Doolittle) where she worked with top executives in the retail industry (such as Mobile Oil, Sears, Ikea and Dayton Hudson, just to mention a few). She provided her clients with a high level of communication, knowledge of the market, customer service, and integrity. She brings those skills to the WSDC. Yvonne rejoined the WSDC Board on November 2014. 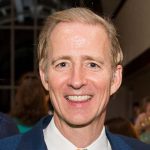 Jim Coakley has been involved in West Coast Swing for over 20 years and has watched the development of our dance over the years. He was a member of the Next Generation Swing Dance Club in the 90s and now lives on the east coast. He was one of the lucky ones that got to dance at the top of the World Trade Center, drinking champagne at the parties held by Gotham Swing. Jim is the president of the Young Adult Swing Dance Association and has worked to reach out to young dancers in our community to support them in their desire to learn West Coast Swing and to compete. Jim joined the WSDC Board in December 2016. 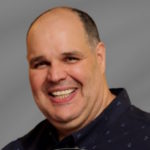 John Lindo is an International Award-winning West Coast Swing Dance Champion & Instructor. He is a man of style, grace and humor. Above all, he is one of the most joyful advocates of the dance. After beginning in country-western dance in 1992, John quickly made his mark on the West Coast Swing circuit by garnering an astonishing number of awards and championships in Jack-and-Jill and Strictly Swing contests. First Place awards include the U.S. Open, Grand Nationals, and Phoenix Champion of Champions. John’s passion and talent for West Coast Swing has brought him international recognition. He actively participates in competitions and workshops around the world. John is sought after internationally for his knowledge, experience and teaching, in roles such as event director, organizer, judge, dancer, deejay and choreographer.

John joined the WSDC Board in January 2023. 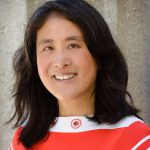 Kim Liu has been dancing WestCoast Swing since the mid-1990s, primarily in the San Francisco Bay area. She focuses on social dancing, although she used to compete in Jack and Jills and the occasional Strictly Swing. Kim travels extensively throughout the US to swing dance conventions, and thoroughly enjoyed her first international event.

Kim has served as President, Treasurer, Membership Director and other roles for the SF Bay Area’s The Next Generation Swing Dance Club and its annual swing dance convention Boogie by the Bay. Her professional background is marketing and management consulting. Kim joined the WSDC Board in May 2018. 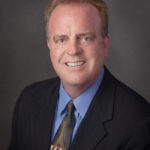 Jim Tigges has been active in the swing dance community since he started dancing in 1992. Jim and his wife Cathy have been competitors and ‘students of the dance’. Jim is a versatile and knowledgeable member of the swing dance community. He has been a competitor, judge, chief judge, scorer and emcee at numerous events around the nation. In 1997 Jim and Cathy were the directors/coordinators for the very successful Greater Phoenix Swing Dance Competition’s 4th of July convention. Jim has been serving on the WSDC as an executive director, event liaison, membership database facilitator and Swing Dance Hall of Fame coordinator. When not dancing or working events, Jim is also a studied and successful interior architect in the Phoenix, Arizona area. Jim joined the WSDC Board in 2000 when the WSDC was incorporated. 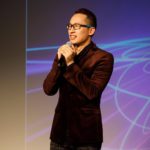 Tze Yi began his dance journey in 2002 with Salsa and Bachata. Coming from a competitive fencing background as a National representative, Tze Yi discovered a real passion for the Street Latin genre and devoted the same energy and dedication to dancing. Later, inspired by Jordan & Tatiana, he started WCS in 2011, and quickly fell in love with both the genre and the international community.

Over his dance career, Tze Yi has excelled in all the dance forms he’s loved, earning numerous accolades across multiple genres. He is the first Singaporean to win the Asian leg of the World Salsa Championships, and also the first dancer from Asia to compete in the Champions’ division on the WCS global circuit. He regularly gets invited to teach, perform and judge at international events across all 3 genres worldwide, and has taught in over 30 countries.

While working as a trader in financial markets, Tze Yi also manages his own successful dance studio in Singapore. He has also organized large International dance congresses (including the Asia WCS Open), with the biggest event having attracted 1,200 participants. He hopes to bring his zeal, insight and exposure to the WSDC, and wishes to help further promote the growth of WCS internationally. Tze joined the WSDC Board in May 2022.

Over the last 50 years Annie Hirsch has been the chief judge at almost every major swing event across the country. Along with Skippy Blair, Annie started the World Swing Dance Council as a means to promote swing dancing and keep it alive. Annie implemented many of the swing competition rules, guidelines, scoring systems and the Dancers Registry that is in use today. Her efforts have been instrumental in the popularity of swing today.

Skippy Blair’s dance resume is formidable: co-founder of the World Swing Dance Council, Feather Award recipient, founder of the Golden State Teachers Association and developer of the Universal Unit System® a complete system of dance notation that allows dancers to “read” a dance much like musicians read music. Skippy Blair has been a significant figure in the world of dance and, particularly, West Coast Swing since the early 1950s. She is generally credited with popularizing “West Coast Swing”. In 1958 she opened her first studio and started training Champion Dancers and Teachers. In 1974 she inaugurated National Dance Teacher Intensives which involved detailed, comprehensive training in dance knowledge, teaching and judging. Skippy has coached some of the leading swing dancers in the country. She remained extremely active in the dance world until her passing in 2021.

Dani Canziani started dancing and competing about 35 years ago in the country-western circuit, and over 30 years ago on the swing circuit. She has competed in both couples and team divisions, as well as performing on two dance cruises, and also placing at the US Open two-times with the award-winning west coast swing team, River City Rhythm.

Dani has been teaching WCS private and group classes for over 25 years as well as coaching and choreography. In addition to teaching and coaching, Dani is well known as a national judge, working swing and country events from the west to east coasts. Prior to judging, Dani administered and ran scoring systems for country and swing events for about ten years.

Dani has also been inducted to the California Swing Dance Hall of Fame for her contributions to dance in California.  She was the convention chair for the Capital Swing Dancers’ Presidents’ Day Convention, Sacramento, for 23 years before retiring in 2018.  Dani joined the WSDC Board in 2000 when the WSDC was incorporated.

Swing originated from jazz and early African traditional dances. Along with the more familiar Charleston, early forms of dances included the Texas Tommy (also known as the Mooch and Sugar, and the Breakaway), Turkey Trot, Apache Dance, Black Bottom, The Shimmy, The Strut, Cakewalk, The Frisco, Foxtrot, Tap. These partnered jazz dances eventually evolved into Lindy Hop. In 1927, this style was given the name Lindy Hop by the swing dancer from Harlem named George “Shorty” Snowden. “Shorty George,” as he was known, called the dance the “Lindy Hop” after the famous pilot Charles Lindbergh, who was the first person to fly nonstop across the Atlantic Ocean. Short George and many other famous Lindy dancers like Frankie Manning and Norma Miller danced at the Savoy Ballroom, which opened in 1925 and was well-known as the go-to venue for swing.

Thanks to Sonny Watson, WSDC Dance Historian and Bobby White from Swungover