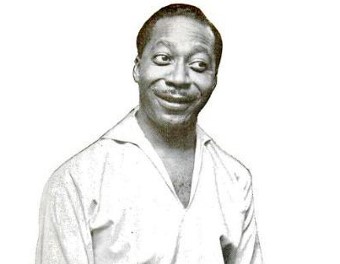 Al Minns (January 1920-April 1985) was an American jazz dancer who is most recognized by his performances in films like “Big Apple”, “Hot Chocolates,” “Jazz Dance” and “The Spirit Moves.”

Al Minns (January 1920-April 1985) was an American jazz dancer who is most recognized by his performances in films like “Big Apple”, “Hot Chocolates,” “Jazz Dance” and “The Spirit Moves.” Al Minns was one of the original lindy hoppers in the Savoy Ballroom noticed for his incredible innovation, flexibility and energy. He was most famous for his film and stage performances in the 1930s and 1940s with the Harlem-based Whitey’s Lindy Hoppers. Minns worked throughout his life to promote the dances that he and his cohorts helped to pioneer at New York’s Savoy Ballroom.

Al was viewed as an energetic dancer with a nimble, flamboyant, wild, crazy-leg style similar to another lindy hop dancer at the time named George Grenidge also known as “Long Legged George.” Al is considered by many as on the most talented lindy hoppers who participated in the famous group “The Harlem Congaroos” (Whitey’s top group). As the youngest dancer in this group, he was particularly fit and flexible. On the initial backstep of his swingout, he formed a striking horizontal plane.

Minns starred in the famous lindy hop scene in the movie “Hellzapoppin” where his flexible swing-outs out and eye-popping white blazer out-shinned many of his older contemporaries. “He wasn’t, however, one of the four asked to do the famous choreography for the film. When one of the couples repeatedly blew off practices, Frankie Manning replaced them with Al Minns and Willa Mae Ricker. At one point, Al and others realized his unique strength as a dancer was his legs and flexibility with them. Al, possibly with the help of Frankie Manning, developed his jam for “Hellzapoppin,” so that it is completely geared towards showing off Al Minn’s legs and the powerful lines he makes. Even his high-wasted waiter coat is perfect for elongating his lines.”

“He was felt to be specifically impressive, technically, in “Hellzapoppin.” He and Frankie were the best leaders in the choreography, but whereas Frankie’s movements seem to have a lot of muscle behind them, and he had incredibly executed air steps, Al appears to use his body so well it makes for clean and relaxed-looking.”

In the early 1950s, a Russian-born filmmaker named Mura Dehn came to the Savoy Ballroom to document American Black dance for a film project that would be called “The Spirit Moves” in which Al played a prominent role.

He is also recognized as one of the first dancers to rock step his partner backward on the swing-out, creating a linear aesthetic. He is considered by many modern swing dancers as the “King” of squat Charleston and is seen frequently dancing alongside another famous lindy hopper, Leon James. In many performances and jams circles, Al would partner with Leon James as a follower, which loosely gave him the comedic edge with audiences during competitions and TV clips.

During the 1940’s, Minns and  Leon James  ( Known as the Jazz Dancers)  had a comedy act called “Moke and Poke” and even took their act to film. They also developed a novelty act in which they danced together.  Al and Leon were approached by Johnny Carson to be part of the daily pre-show entertainment for his TV show. Very soon after, Leon had his first heart attack and plans were scrapped. Later Al was a guest on the show by himself.  During the 1960’s Minns and James would do many exhibitions in the Charleston, Shim Sham , Lindy Hop and other dances together and with partners trying to help keep the dances alive and by doing so caught the attention of author “Marshall Stearns” (book) and he was interviewed heavily by Stearns.

Minns also played a part in the revival of Lindy Hop in the 1980s, when he was invited to Stockholm in 1984 by The Rhythm Hot Shots dance company to teach the dance the way he knew it. The group had until then mainly used old film clips as a source for their interpretation of Lindy Hop.