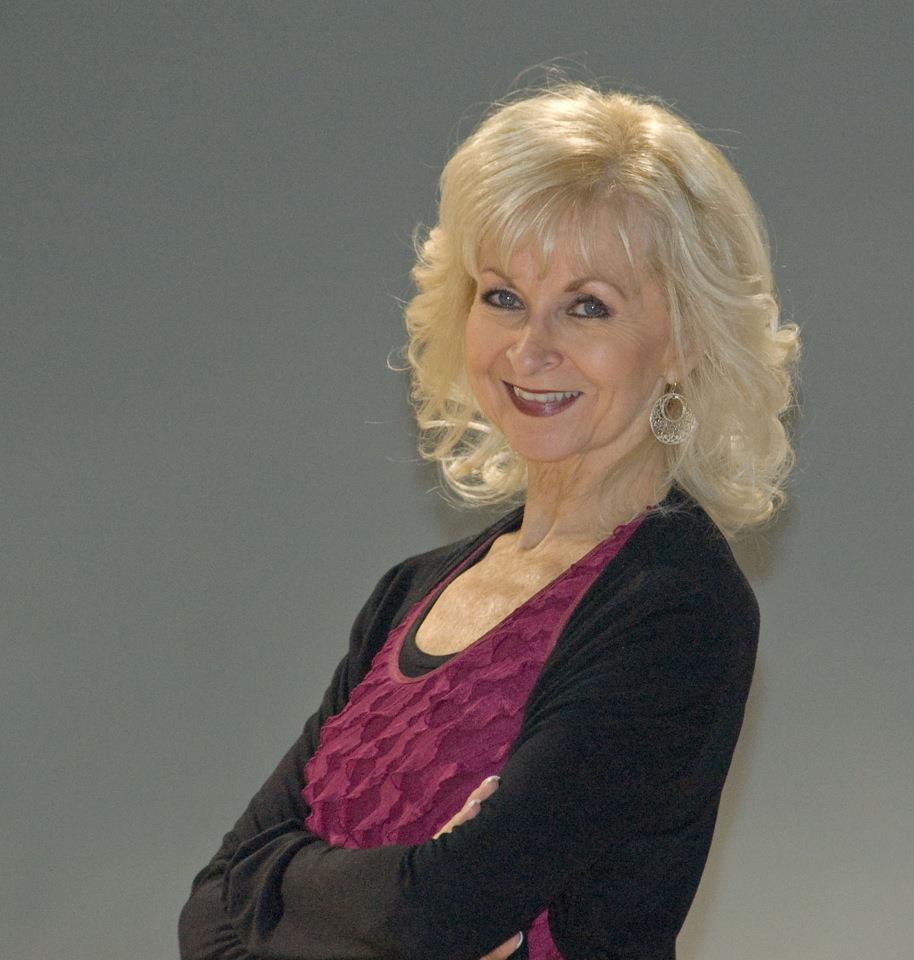 Michael and Amber Cross have been partners in dance and life, almost from their first meeting. They had many firsts – competitors on the first Dance Fever, winners at the first US Open, first couple to teach WCS east of the Mississippi – and they were instrumental in promoting WCS, especially in Colorado and Phoenix (AZ).

Performed 3 times at the Feather Awards

Michael and Amber Cross began taking swing dance lessons from Carter Lovisone (1991 WSDC Hall of Fame inductee) in 1977 in Denver, CO. Soon after they met, they became the “king and queen” of disco in Denver, winning every local disco contest they entered. They always danced WCS with a sprinkle of cha-cha, samba, and crowd-pleasing lifts, drops and tricks. In 1978, they won the local audition to go to Los Angeles and competed on the first episode of Dance Fever.

Michael and Amber have an extremely successful competitive dance partnership. Starting in 1979, Michael and Amber won 1st place in Jack Bridges’ original U.S. Open Swing Dance Championships in Las Vegas. They became Colorado State Swing Champions in 1991, and continued their success on the national swing competition circuit. In addition to winning first place in nearly every major swing event in Showcase or Classic, they were Invitational & Champion Jack & Jill competitors. Their most memorable routines include In the Mood, Katie Lee, Devil in a Blue Dress, and Yankee Doodle Dandy (with their daughter Cameo at age 5). They competed in Masters Strictly Swing for many years and were undefeated in that category.

Michael and Amber founded the Rocky Mountain Swing Club in Denver in 1989, with Michael serving as President and Amber as Dance and Entertainment Director. As board members, they helped start the Colorado Swing Championships in 1991 and Swingtime in the Rockies, a NASDE event, in 1992.  After moving to Phoenix in 1997, they joined the Greater Phoenix Swing Dance Club, where Michael has served as Vice President and Amber as Dance Director.

Michael and Amber were one of the first professional teaching WCS couples. They were also one of the first couples to teach WCS to Lindy / east coast swing dancers east of the Mississippi, traveling to NYC, the Catskills, Boston, and Washington DC. They also taught WCS in St. Louis, Chicago and Dallas, where other styles of swing were predominant. Along with teaching local classes and private lessons, they continue to travel and teach, judge and MC (Michael) at swing dance conventions, both nationally and globally. They have an extensive knowledge of WCS and exhibit a high level of teaching standards and professionalism.

In addition to their own routines, Michael and Amber have choreographed and coached a swing dance team’s routine at Dallas Dance in 1993. They coached the first place winners of the Young America Division at the US Open in 1995 (Philip and Alicia Yochum) and 1996 (their daughter Cameo Cross and Thomas Parrott). The Arizona swing dance team Swing Shot originated from their classes for couples on musicality and choreography.

Michael and Amber are involved in promoting swing to the general public. Even as amateur dancers in Denver, they performed dance exhibitions at venues and events, including schools and nursing homes. Over the years, they have helped publicize WCS in newspaper interviews and guest spots on local TV stations. They have led efforts to maintain strong swing dance communities in Denver and Phoenix, looking for opportunities to expose the general public to WCS.

Their dance style was marked by strong technique, attention to detail and playful showmanship. Amber was known for her spinning ability and syncopated footwork; Michael for his body leads and contra body action and laid back style. The late, great MC Kenny Wetzel dubbed them “the speed dancers,” as all of their routines were danced at 160 bpm and above.

Although both of their children (Lance and Cameo) grew up in dance studios, only Cameo followed in their footsteps and has become a Champion dancer in her own right, teaching throughout the world. Quite a legacy!

“2017 marks 40 years of being together as a couple and dance partners, longer than any other swing dance couple. We have always put family and our relationship above all other considerations, and feel very lucky to have a dance career, doing what we love together.” 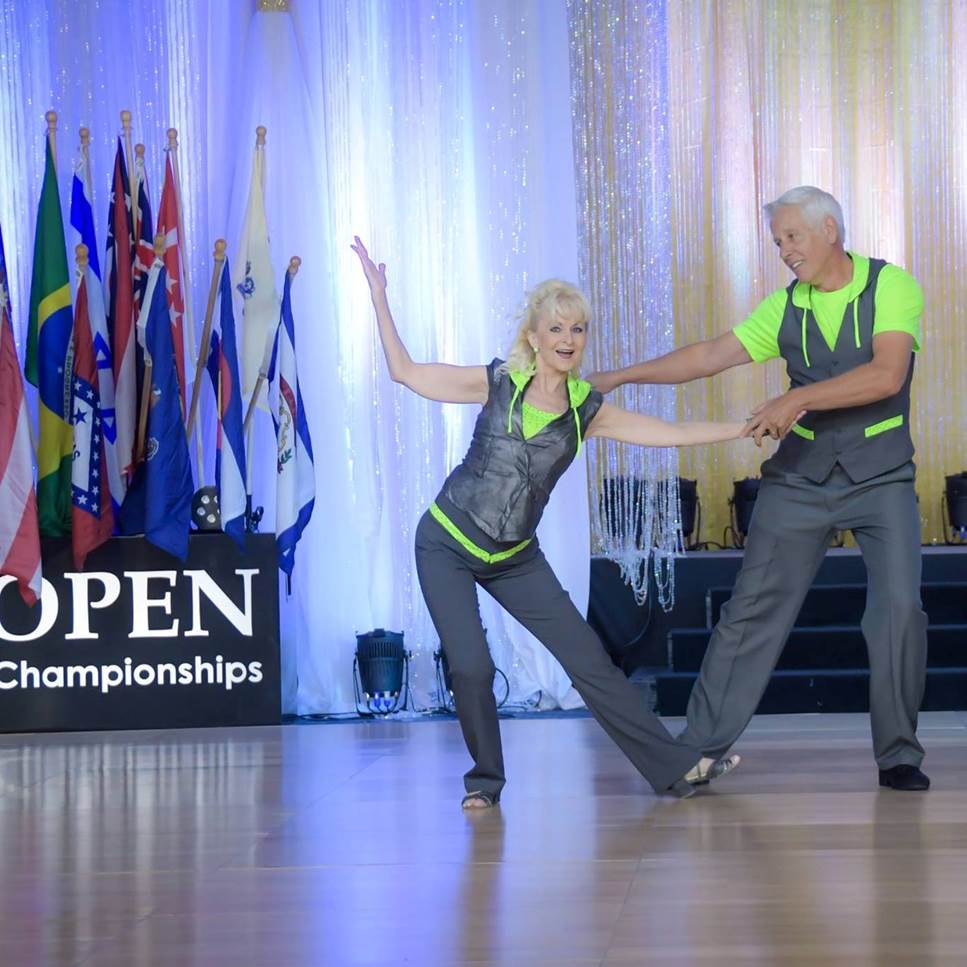 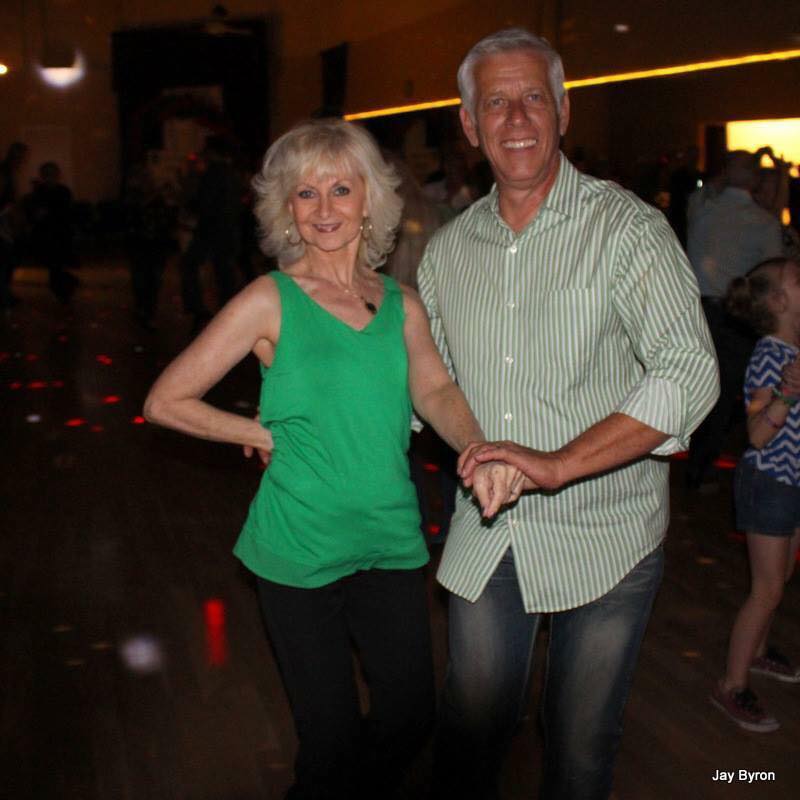 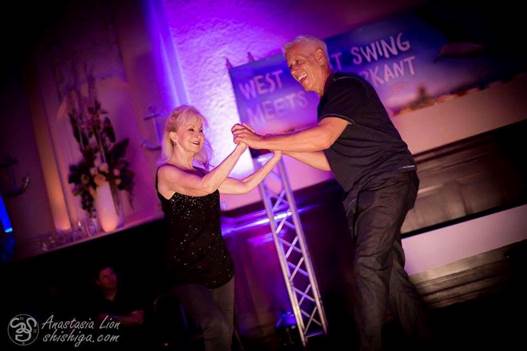