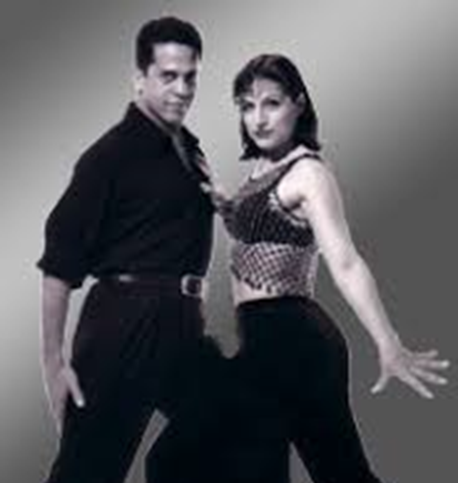 Angel also is an American Rhythm Champion, with over 30 titles in Open and Rising Star Divisions, and a winner of many Hustle Dance competitions.

Angel Figueroa has received international acclaim for his performances, choreography, and dance instruction all over the U.S, Europe, and Japan. His credits include: 2009 June – Placed in top 5 of Classic Division @ Liberty Dance Championships 2008 – Dallas Dance Swing Dance Hall of Fame Recipient First Place-Phoenix Champion of Champion’s Chief Judge at National Swing and Hustle Events Judge and Invitational Jack and Jill Competitor on the National Swing Circuit Many time Strictly Swing Champion at national swing events Only dancer to win Cabaret, Strictly Swing, Classic and Showcase divisions at the Grand National Swing Dance Championships Award-winning competitor in Mambo, Hustle, West Coast Swing, Argentine Tango, and International Latin. He holds over 30 titles in American Style Rhythm, including the Ohio Star Ball Rising Star Division Champion and Open Finalist. Represented the United States at the World Cup in Switzerland. Cabaret Champion at the ASDC, SOS Grand Nationals, and the US Open Dance Championships Angel’s choreography and dancing have been seen on film, video, television including: All My Children, Loving and Ryan’s Hope He has danced in music videos including Nona Hyndrix, Billy Idol, and Two-Tons of Fun Performed off Broadway Angel was on scholarship at the Alvin Ailey Dance Theatre School of Dance Dance Consultant for Bridal Guide Magazine Teacher and Choreographer for the Children’s Program for Ballet Hispanico Dance Academy

Angel began swing dancing, in New York City, in the late 1980’s, “finding this great dance called swing, to some of the best music.” At a swing dance weekend, he was exposed to West Coast Swing and Balboa and fell in love with West Coast Swing. He says, “I love this dance because it has given me so much and I want to give back, but with history. As Ramiro Gonzales once said, “There is no future without history.”

Angel competed for many years in Classic, Showcase, Cabaret, Strictly Swing, Team, and Champions Jack & Jill contests and won many titles in all of those divisions, at most of the NASDE events. He is proud of being the only person to win Classic, Showcase, Strictly Swing and Cabaret at USA Grand nationals! He and his wife, Debbie, “were, for a long time, the only ones who were successful dancing swing to slow songs. We were sexy when it wasn’t “popular” and won many competitions one year with a whole slow routine.”

Angel also is an American Rhythm Champion, with over 30 titles in Open and Rising Star Divisions, and a winner of many Hustle Dance competitions.

He has been teaching all styles of dance – Swing, Country, Hustle, Argentine Tango and Mambo – and has helped open many studios in Massachusetts, Florida and California. He teaches every Tuesday night at the Austin City Dance Club, with the intention of spreading good ideas and fun concepts of the dance; and ‘paying it forward’ and helping new students understand the history of the moves and how to morph them into today’s scene. Angel is a founding board member of the Lincoln Center Summer Nights Swing committee and the Austin City Dance Club. He and Debbie have a dance in Austin every 6 weeks, where he teaches and DJ’s; and has run many other dances in the Austin area.

As an owner of Stepping Out Studios in NYC, their studio was the first to have a gay/lesbian dance program and to welcome degendering in all of their classes.

Angel has taught, coached and choreographed swing for many years all over the nation. He enjoys serving many events as a Chief Judge, a favorite way for him to give back to the community (and, of course, understanding the competitors’ side of things) and enjoys taking apprentice judges under his wings and training new judges. In 2011, he and Debbie became event directors of the Austin Swing Dance Championships, in which they pride themselves on putting the dancers’ needs first and make them feel appreciated. They also raise money for a local charity every year.

Awards that Angel has received include being inducted into the Dallas Dance Hall of Fame, a Social Dancer Award at the 2015 Swingtime in the Rockies, and “Top Teacher” awards at several events. He has performed at many charity events: Dance For Dreams, Center for Child Protection and Dancing with the Austin Stars. He has performed on “Kathy Lee & Regis”, “The Today Show” and several daytime & evening news shows; and has been a choreographer and performer for the daytime television shows, “All My Children”, “Loving” and “Ryan’s Hope”; and for videos by Billy Idol, Nona Hendryx, Two Tons of Fun and commercials for Dr. Pepper and Pepsi. He was honored to be interviewed by Swing Dance Magazine and share his story of entering the swing dance scene 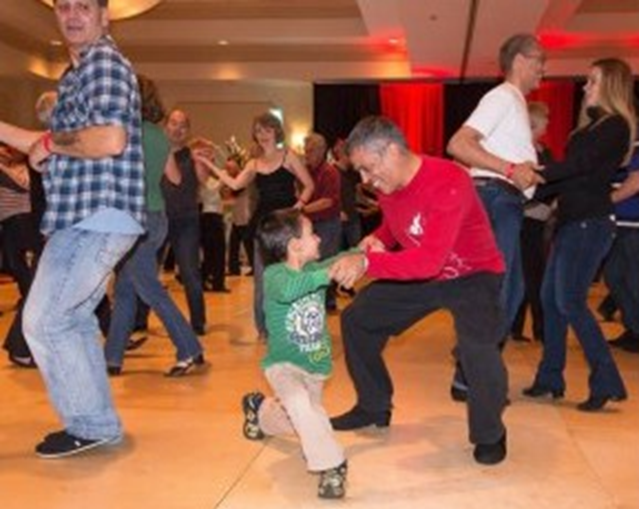 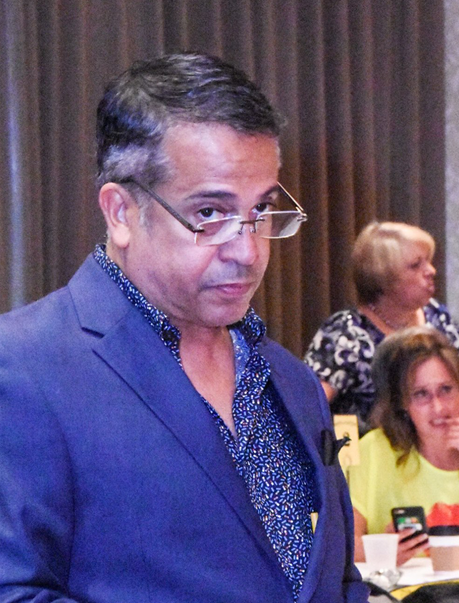