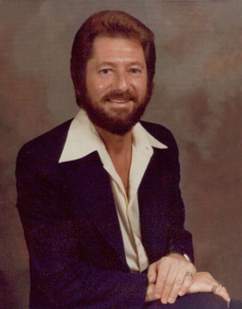 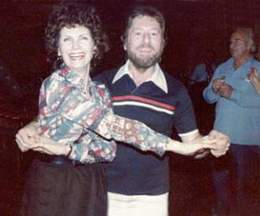 Frank Mannion was one of the original swing masters from the SF Bay Area in the 1960s and 1970s, and a dedicated teacher for over 25 years, keeping the dance alive and passing it on.

Quote:
“Frank Mannion was so popular a teacher that he had a waiting list for new students!”

Frank Mannion started dancing early in life and was taking Tap dance lessons at the age of ten. He danced throughout high school and was frequently seen around the San Francisco Bay area, always on the sidelines, watching and learning from some of the dance greats of the day – Jack Willingham, Dean Collins, and Stan Hardiman. He started dancing with his sister, Joan, becoming a popular Swing couple and winning many contests.

At the age of seventeen, Frank started teaching at a major dance studio and started dancing with Marie Young, who became his partner in competition. Their dancing was fast and smooth, and they were soon known as “the Best.” Frank also danced with Jo Chavez when Mambo and the Cha-Cha became popular. He quickly mastered these dances, but he never lost his love for Swing which he continued dancing at many nightspots.

Frank served in the US Navy from December 1951 to November of 1955 and danced wherever he was stationed. While stationed in New York he won a Swing dance contest a month before his discharge and was very proud of that achievement. After leaving the Navy he resumed his dance teaching career, but didn’t enjoy teaching at the dance studio. Instead, he got a non-dance job but continued teaching evenings and weekends in his home and at dance venues.

Frank taught Swing at his home and popular dance spots for over 25 years, bringing joy and happiness to hundreds of dancers. Ed Cirio and Phil Trau were two of his students, for he was the master of Swing dancing in the greater San Francisco Bay Area. He was so popular that there was a waiting list to take lessons from him. While fad dances came and went throughout the 1960s and 1970s, Frank kept Swing dancing alive in the SF Bay area.

In the early 1960s, Frank and Arleen Storm (Stormy) became dance partners, winning Swing contests at places such as the “Casbah”, “New Yorker”, and the “Zansibar.” In the early 1970s, he partnered with Pat Frugoli, winning Swing competitions at several events. In 1972, they were sponsored by the California Swing Dance Club to compete at the San Diego Swing Dance Convention.

There have been many who have contributed to the art of Swing dancing, but few have started so young and contributed throughout a lifetime. Frank was active for thirty-three years until a car accident on June 1, 1979 took his life. Losing Frank was a big loss to the dance community, especially in the SF Bay area where he had become a legend and is well remembered by those who admired his fast, smooth moving feet.