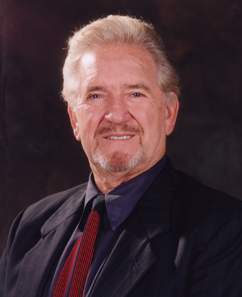 Jack Carey danced his entire life, on screen and in person. He was the winner of the Harvest Moon Ball in 1949; conceived of the Jack and Jill contest; and, with his longtime partner Annie Hirsch, was staple and integral reason for the success and growth of many of the early swing dance events.

Danced vaudeville at the Orpheum Theatre

Starting 1983 til his passing – Member of the U.S. Open Championships Advisory Board (since its beginning)

2001 – Inducted into the Shag Community’s “Legends of Swing”

Fun Fact:
Although we all know him as Jack Carey, that was not his given name – it started as his stage name.

Jack Carey grew up in Southern California, learning Tap, Jazz and Swing, first dancing at a very young age with girls in his neighborhood. (He says he was forced to dance with them.) His interest in Swing grew through high school and later on he was dancing Swing at local clubs. He started teaching at a major dance studio when he was seventeen, and was emceeing and promoting 3-4 dance contests/week at local nightclubs in the 1940s-1960s. During World War II, his travels introduced him to various forms of Swing and when he was discharged from the service, he studied Jazz and Tap with the great Jack Cole.

Jack learned early on that Swing was his true love. He feels fortunate to be a part of the Swinging Era, with the big bands performing everywhere. By the time Jack started competing in dance contests in the Los Angeles area, he excelled in Swing with his partner, Lorraine Edwards. They became top competitors in the dance clubs competition circuit, winning the Harvest Moon Ball in 1949. Many celebrities attended that competition, sponsored by the LA Examiner (which became the LA Times), and the year Jack and Lorraine won the competition, Gene Kelly headed the judging panel.

Jack and Lorraine later appeared in the movie “Living It Up”, starring Dean Martin and Jerry Lewis. The movie featured a legendary Swing dance scene, with many of the top Swing dancers of the day. Jack is very proud to have danced in Vaudeville at the Orpheum Theatre. At the Million Dollar Theatre, he performed on stage with Sammy Davis Jr., Nat King Cole, and Lionel Hampton. Jack also enjoyed performing in early Television on “The Bob Hope Show”, “Meet Millie”, “The Benny Rubin Variety Show”, “Eddie Cantor”, and “The Red Skelton Show”.

Jack’s style is very smooth, clean, syncopated and fun. He has been featured in many magazine articles, including Life Magazine (he is the one with the “droopy socks”) and the Herald Examiner Newspaper (now the LA Times). Jack is credited with coining the term “Jack & Jill” contest in the 1950s, inventing a dance contest in which dancers do not know their music or their partner in advance. Jack is also credited with advancing the slotted form of West Coast Swing.

Jack Carey was an active judge, serving as the chief judge at numerous dance events across the country, including the U.S. Open Swing Dance Championships. Along with his partner in life, love and Swing, Annie Hirsch, he was been instrumental in keeping Swing dancing alive from coast to coast. Jack Carey passed away in 2013 and is missed by all, especially his Annie.

Fun Fact:
Although we all know him as Jack Carey, that was not his given name – it started as his stage name.

Quote: “Jack continues to inspire us with his zest for life, his love for Annie, his talent for dance, and his ability to stay up later than most of us to dance the night away.” – Steve Zener, emcee.