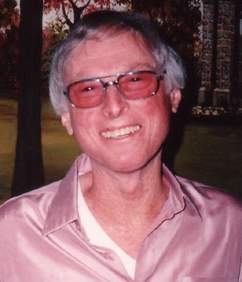 Jack Sigler was one of the early leaders of West Coast Swing in the San Diego area, as President of the San Diego Swing Dance Club for multiple terms to Emcee for swing dance concerts. He danced throughout his life, with stints with the USO, performing for US servicemen, and working as a hoofer at the Hollywood Burlesque.

Performed with the USO

President of the San Diego Swing Dance Club for 5 terms

Jack Sigler was a dancer even before he was born. His mother danced as a young girl in Russia so it was in his genes. He grew up in a ‘mixed’ culture neighborhood in Detroit, and, watching his black friends tap dance, Jack eagerly picked it up on his own.

When the big band sound and Jitterbug dancing came into his life, Jack began dancing to such greats as Benny Goodman, Gene Krupa, and Count Basie. Around that time his family moved to San Diego, the war broke out, and Jack was drafted! However, he auditioned with the USO, was accepted, and began performing in shows up and down the West Coast for the servicemen.

The war ended and Jack was released from the USO. He heard through a booking agent that the Hollywood Burlesque in San Diego was looking for a ‘hoofer’. He beat it over there, auditioned for the job, and got it! Jack worked with stars such as Gypsy Rose Lee and Lily St. Cyr. There was a new headliner each week, with many well-known and great entertainers. Jack can honestly say it was two years of the greatest, most rewarding experiences of his life.

Leaving burlesque, Jack joined the March of Dimes Organization, producing and directing a fundraising vaudeville show with Fro Brigham and his Blues Band. He became very involved in West Coast Swing and in 1973, he joined the San Diego Swing Dance Club (one of the oldest dance clubs in the country). Jack served five terms as president, and for many years he was the Master of Ceremonies for Swing dance contests in nightclubs all over San Diego. From the end of World II until the late 1990s, Jack has been a key promoter of West Coast Swing, keeping it alive in the San Diego area.